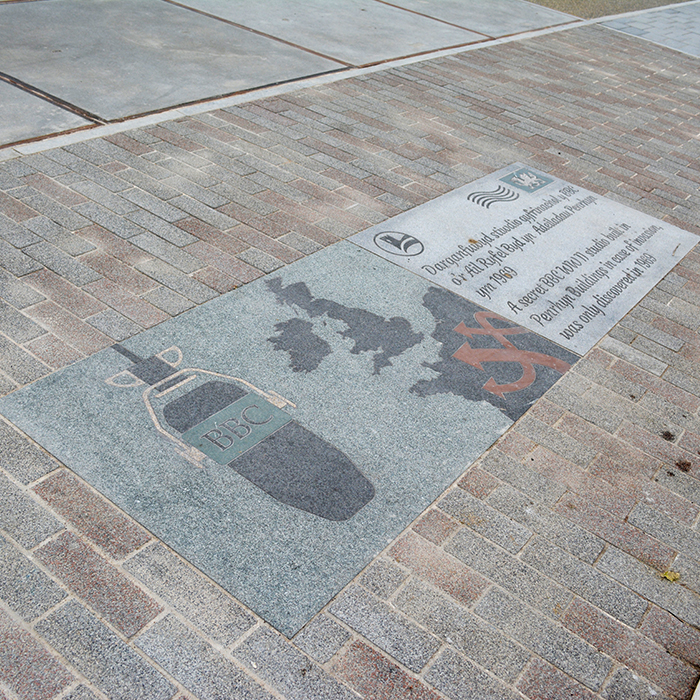 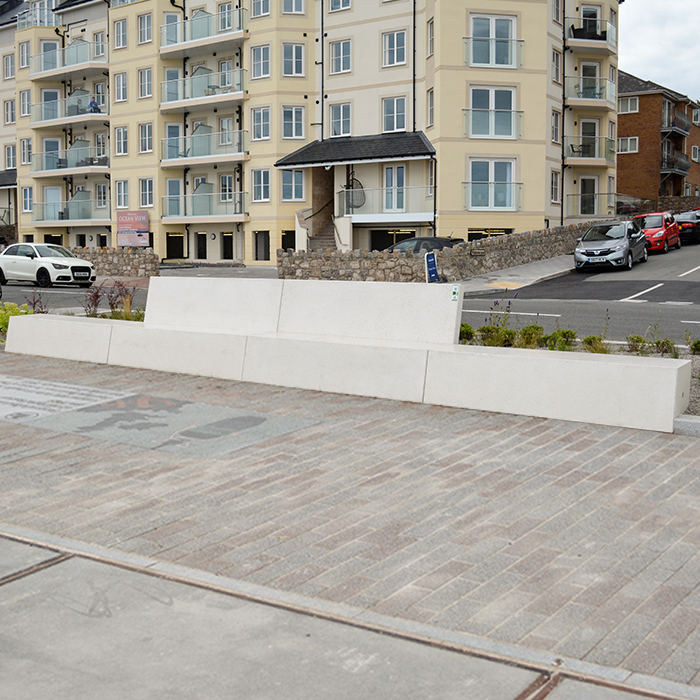 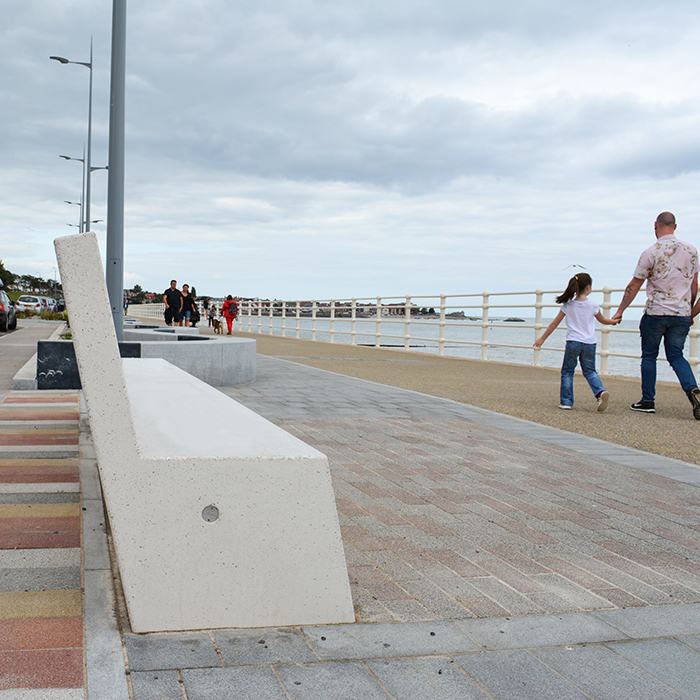 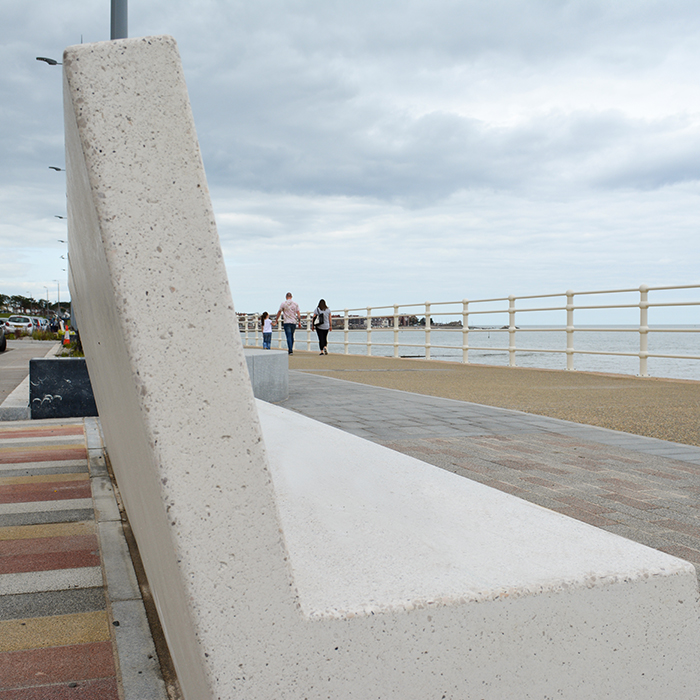 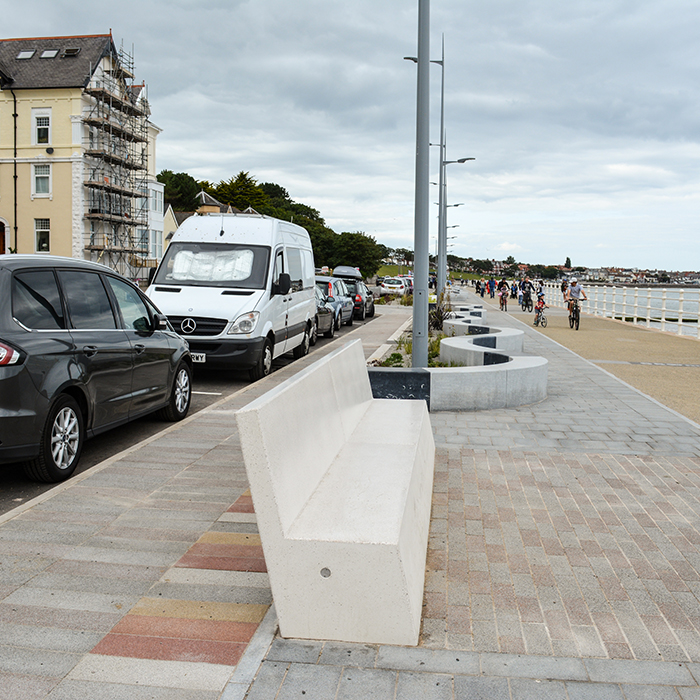 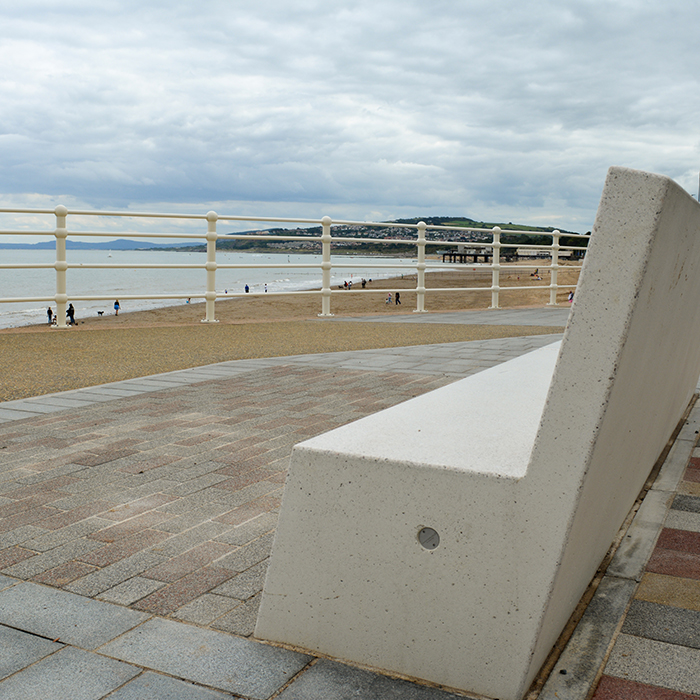 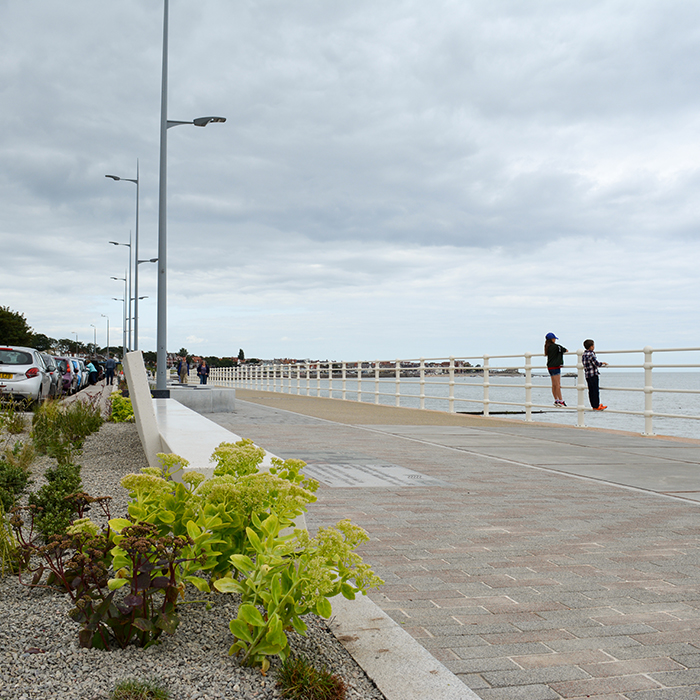 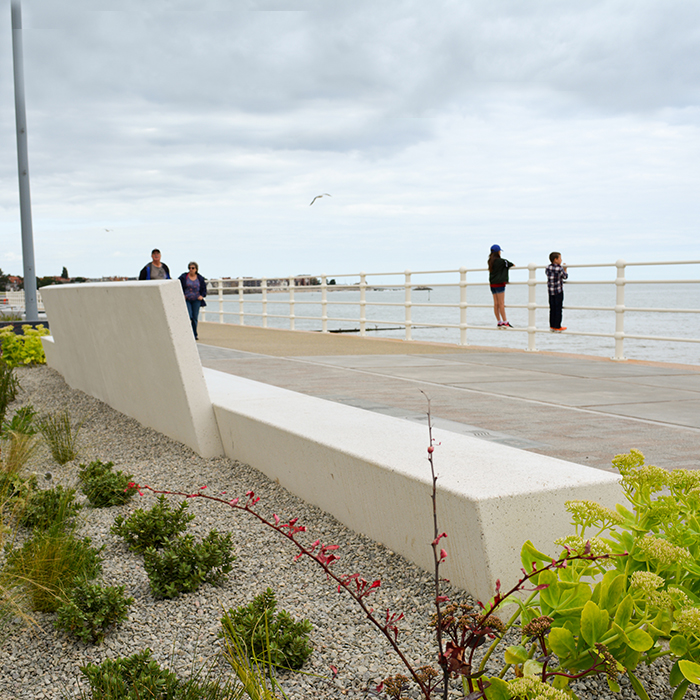 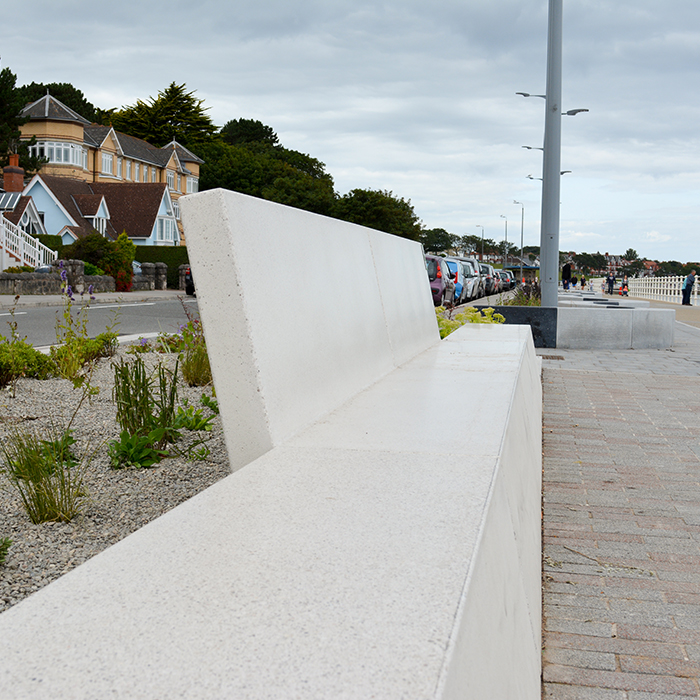 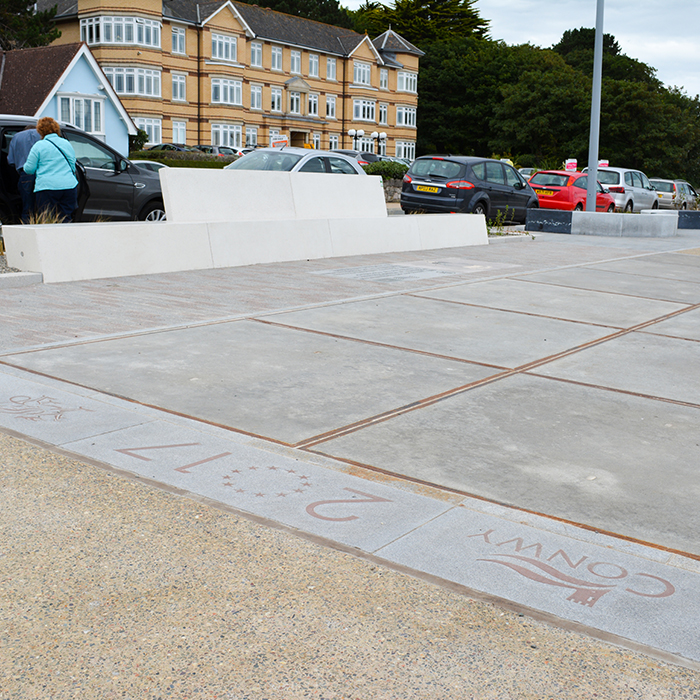 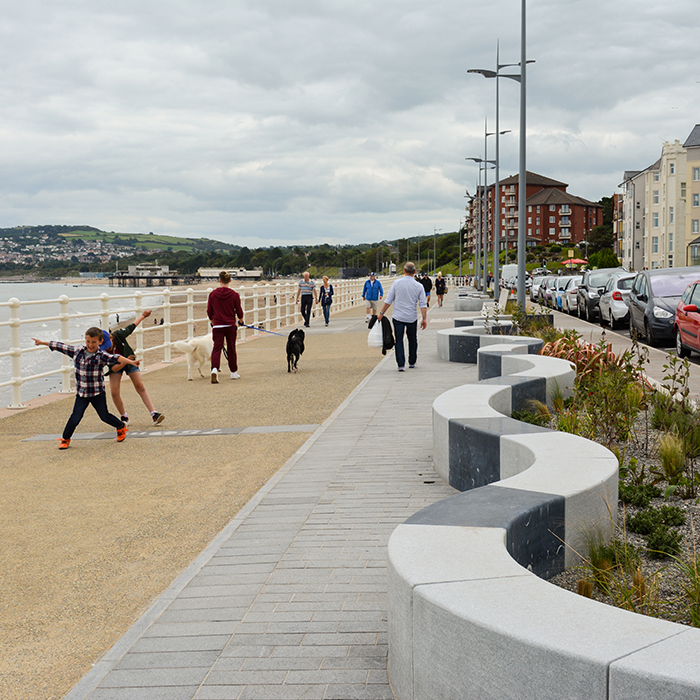 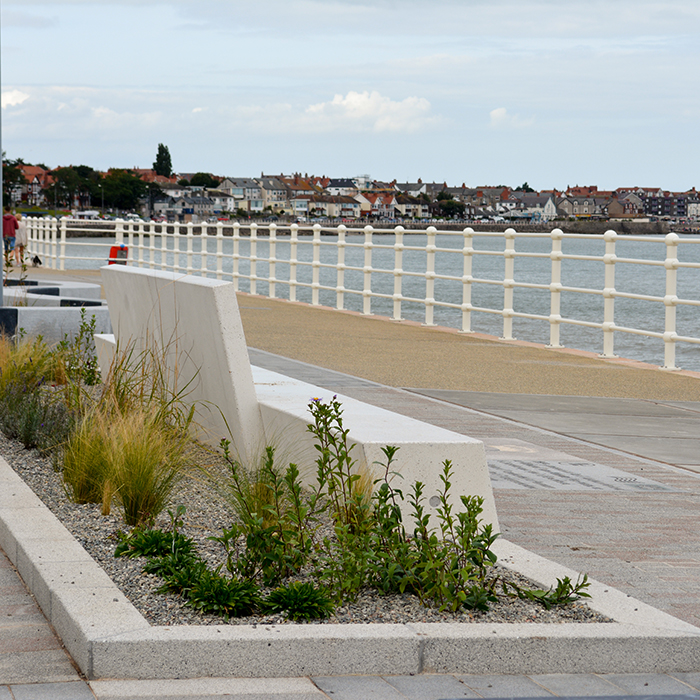 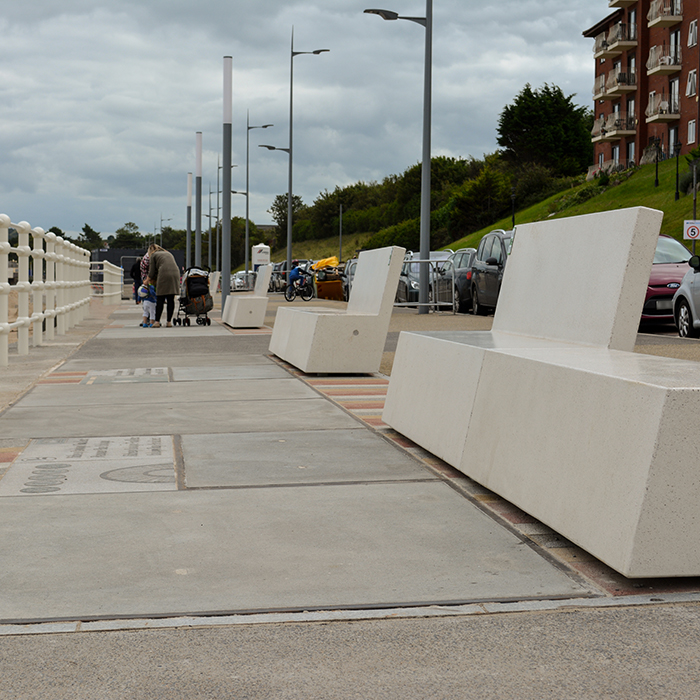 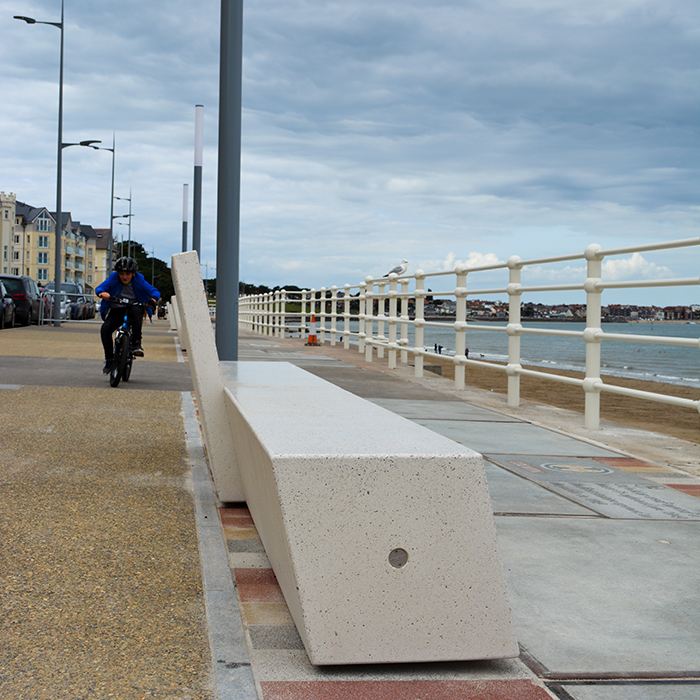 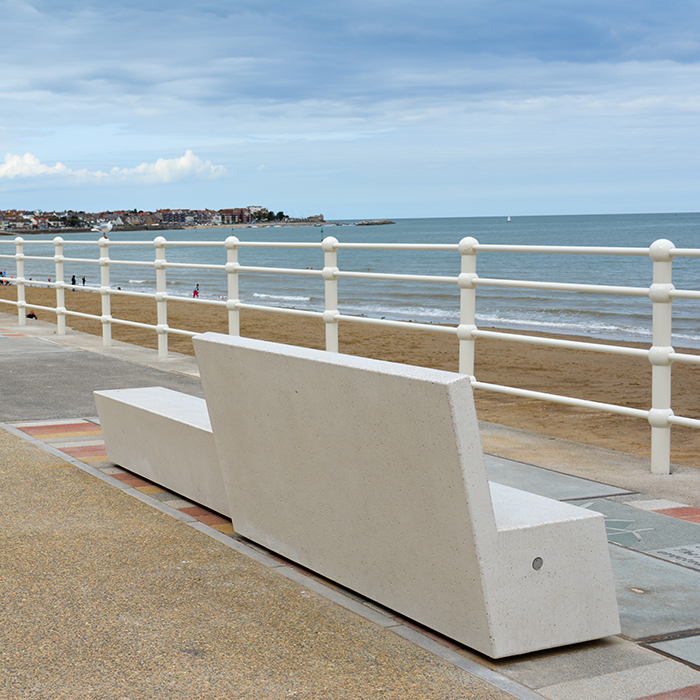 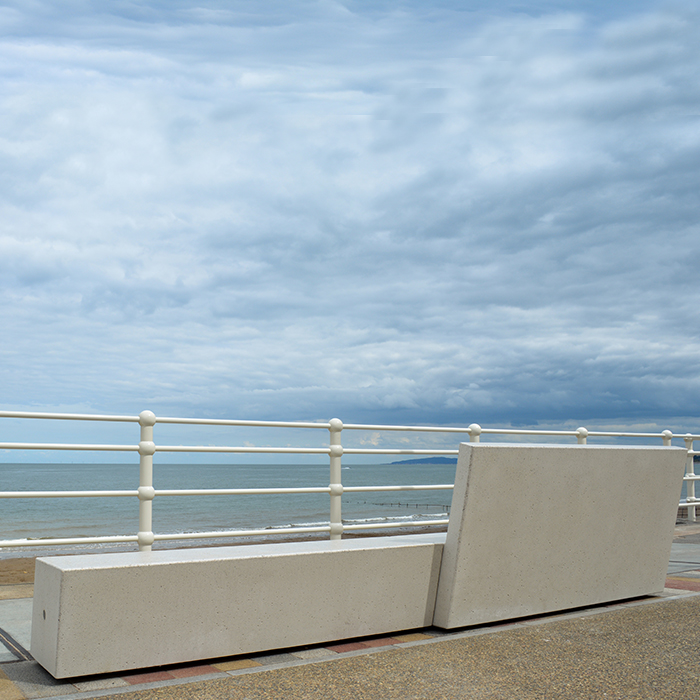 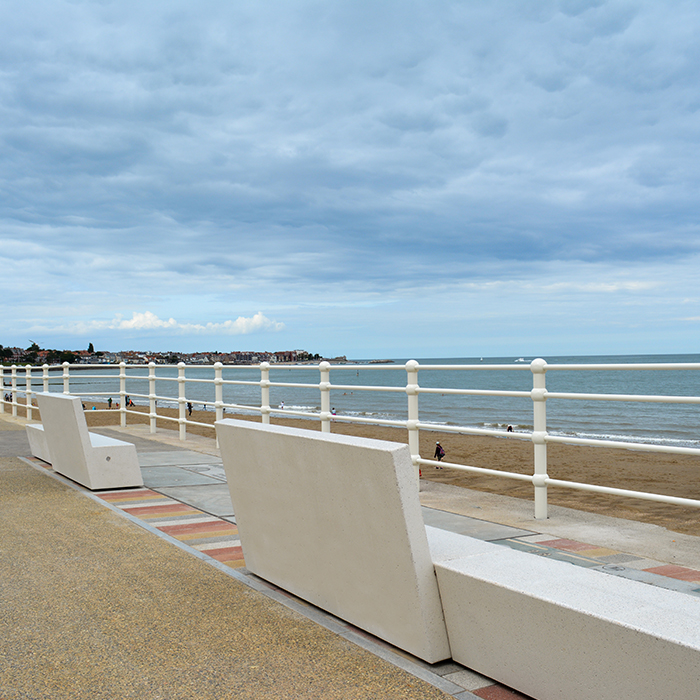 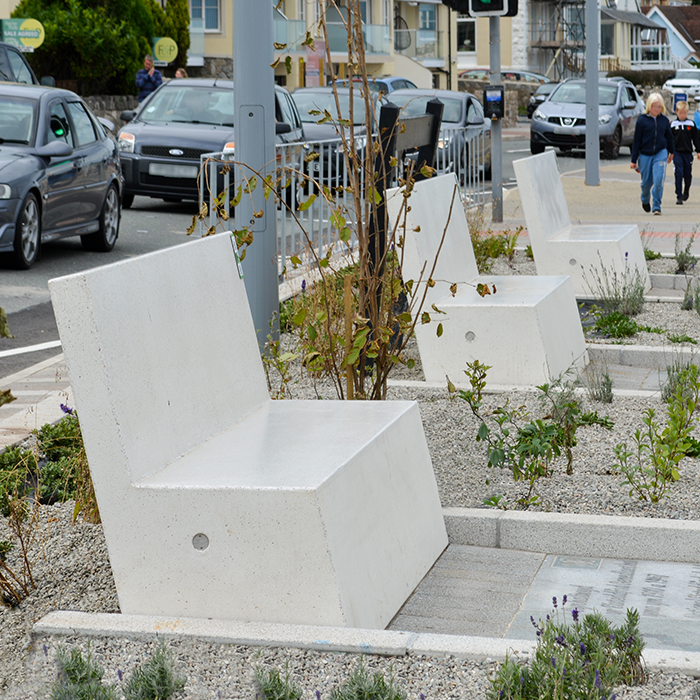 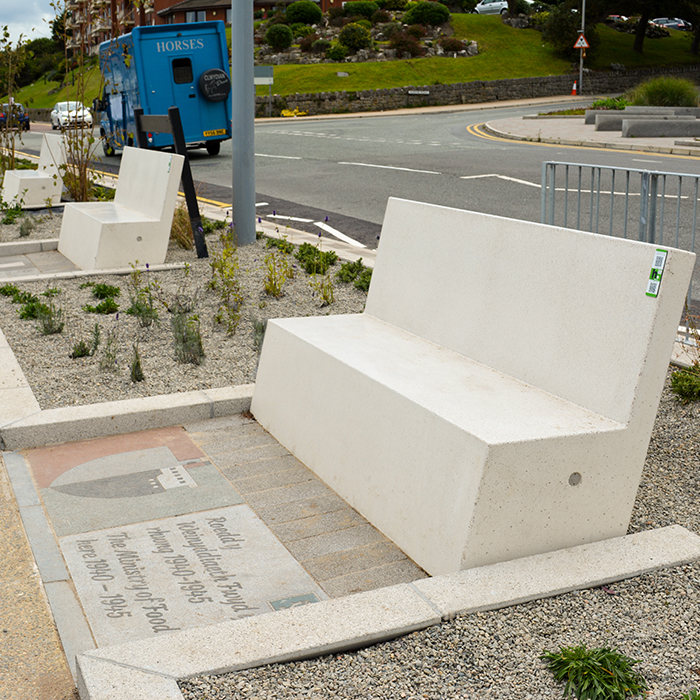 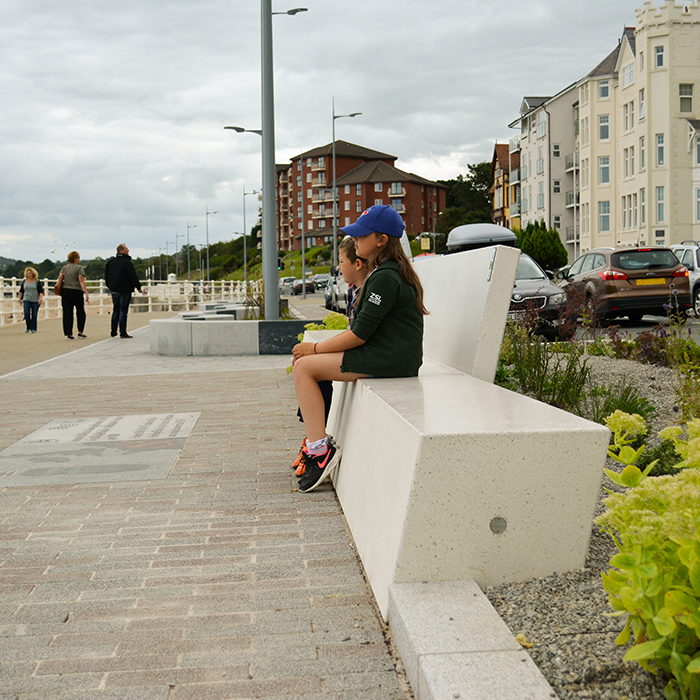 The Colwyn Bay Waterfront Project has been a major investment into the redevelopment of the town's seafront. The new promenade, measuring 2.3 miles long, has been designed to protect the town and its infrastructure from the effects of the sea. The project was split into two phases; the first, to remove what was originally there and to construct the new raised promenade including a road, cycleway and car parking. The second phase was to transform the promenade with further development as well as reinforce the defence structures.

Artform Urban were selected to provide a number of bench designs as part of the first and second phase of the Promenade’s improvement works. The benches that were suggested had to be able to withstand the harsh weather conditions. In choosing benches that would be fit for purpose, material choice was a key part of the decision making process.

Coastal environments are notoriously harsh environments for street furniture due to salt air having a rapidly eroding effect on most materials.

During discussions with BCA Landscapes, Granite emerged as the favoured material of choice, as it has tested well in coastal environments and would be able to maintain its appearance for years to come.

Artform suggested a mixture of sleek reconstituted granite and simple natural granite benches. Anastasio-Makatite benches were chosen to face out to sea and to partially form planting beds with a variety of local flowers. This helped to improve the appearance of the promenade as well as providing a wonderful vantage point for people to sit and take in the sea views. Local points of reference and historical facts were also included on floor plaques directly in front of the benches so that they could be viewed and enjoyed whilst sitting on the seats.

“One of the reasons the Anastasio-Makatite products were chosen was that the seat profile references the prevailing wind and the context much better than a square or rectangular profile, also the slanting profiles were less ‘blocky’ - Hussein Razak, BCA Landscape.

From the client's perspective, Oliver Edwards, Conwy County Borough Council also had this to say...

“We wanted to create areas for people to stop and make the most of the surroundings, but conventional benches would not have been in keeping with the design pallet or robust enough to withstand the harsh coastal environment. The aesthetics and durability make these units ideal for the new promenade.”

Solid granite blocks were also added to the site, to maintain continuity with an earlier project in the development of the area.

The scheme was part of an improvement to the 20th century coastal defences and it was seen as the perfect opportunity to improve the promenade as a whole to attract both local residents and visitors, providing a boost to the local economy through tourism.

“The promenade has been transformed with the street furniture playing a vital part in this. A large linear stretch of the promenade, which previously had no seating whatsoever now has large sections of welcoming seating which also doubles as a backing for planting beds. This has allowed us to create a welcoming space in what was previously a through route on the promenade.” - Oliver Edwards, Conwy County Borough Council