COVID 19 BUSINESS UPDATE - We are still open for business as usual, our team are working remotely and would welcome your call or enquiry, so please get in touch

Back Home News Biodiversity in the urban realm

Biodiversity in the urban realm

Biodiversity is the variety of all living things on Earth, including plants, animals, and micro-organisms. Every living thing has its own set of conditions that it needs in order to survive. Some living things have very broad conditions, they’re very adaptable, such as humans, who can survive anywhere with the right tools. Other living things are not so lucky, they need very specific conditions such as diet or climate that need to be met. For example, the Koala is an animal that has a very limited diet, they can only eat eucalyptus leaves. When a species cannot adapt to their changing environment, they become an endangered species.

There are many species of plants and animals that are added to the endangered list and unfortunately become extinct. Most of these are from far away places, happening unnoticed by many. However, these changes are getting closer to home. Bees and butterflies are key examples of animals, particularly, insects that are in decline. These insects are food for many species of animals and pollinators that are essential for our ability to grow food. 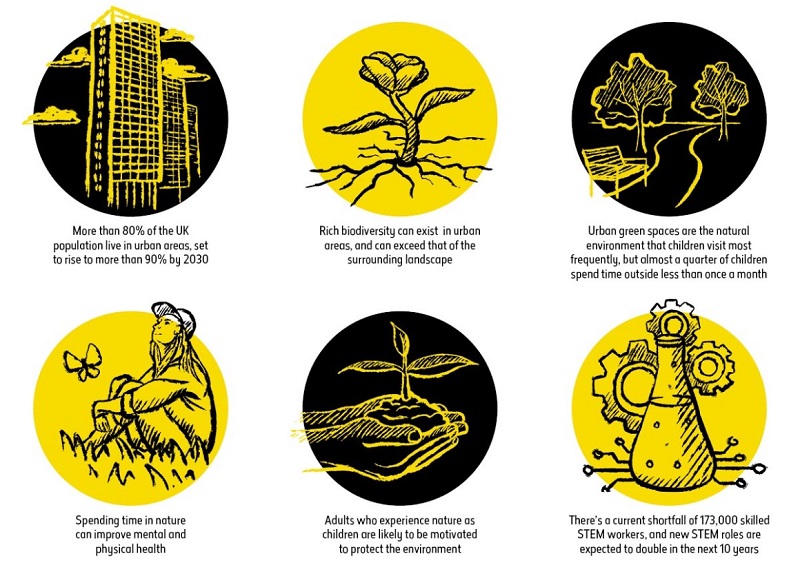 Infographic from the Natural History Museum

What are the threats to Biodiversity?

There are natural threats to biodiversity, invasive species of plants that continue to grow and kill everything around them, but these take time and have natural remedies. The bigger threats to biodiversity are man-made which cause habitats to be lost and destroyed, which causes disruptions to ecosystems and the wider food chain cycle. We cut down rainforests for timber and build new houses on greenfield sites. We create pollution from burning fossil fuels, which at the start of 2020 accounted for 35% of the energy used in the UK, according to the department for Business, Energy, & Industrial Strategy. We contaminate the natural environment with landfill, oil spills and microplastics. These are all contributing to Climate Change with detrimental effects, 60% of wild species in the UK’s wildlife population are declining with more than 10% facing extinction, according to Friends of the Earth UK.

How can we make a change?

The UK Government is outlining improvements to the planning system in England to protect the environment. The intention of the improvements is to leave the natural environment in a better state than before. This means protecting the existing habitats and ensuring that lost or degraded habitats are compensated for, by restoring or creating environmental features that are of greater value to wildlife and people.

In other words, if a hedgerow is taken out of a site during development, then it needs to be replaced in equal or greater scope, either directly on the site or as close to the original site as possible. This is so local wildlife that have lost their habitats have somewhere to move to. However, this ‘local’ benefit has been argued to be unmeasurable. Other parts of the world, such as Australia and Germany (where Biodiversity Offsetting has been official policy), there are no clear reports of the positive impacts. 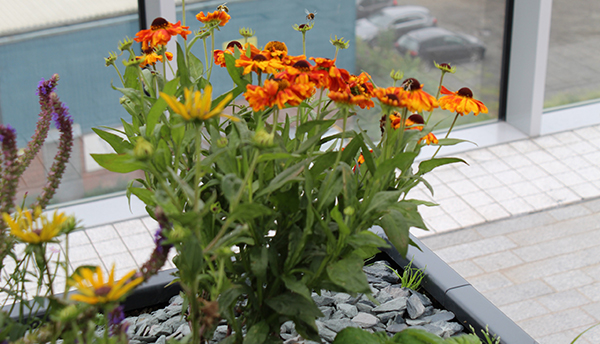 What you can do?

Working within the construction industry, it’s important to know what options are out there for improving biodiversity and reversing climate change. From advancing technology in the form of solar panels and wind turbines that enable architecture to use green energy and reduce fossil fuels. Planning outdoor spaces for the public with a renewed focus on plants and wildlife, including green corridors between places and parklets. Green roofs on everything from bus-stop shelters to large architectural buildings. Reaching for materials that are more sustainable, such as recycled plastic, aluminium which can be completely recycled after use, and responsibly grown timbers. Choose to work with companies that value sustainability and biodiversity.

For more information please contact the team on 0800 542 8118 or email enquiries@arformurban.co.uk